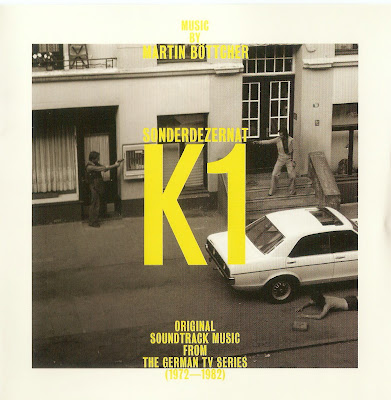 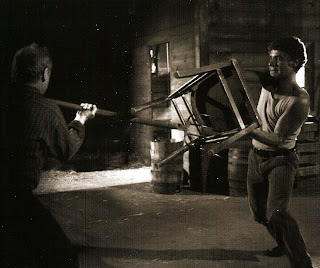 In 1972, well before the long running thriller "GroCstadtrevier", the Norddeutscher Rundfunk (NDR) transmitted on television another greatly successful detective series - "Sonderdezernat K1". The NDR producer Harald Vock, known then as a popular writer and director of acclaimed comedies, understood the importance of a good film score for a prestigious project such as "Sonderdezernat K1" and engaged Martin Bottcher, probably the most famous of all German film composers. With his emblematic soundtracks for the Karl May films and contributions to the Edgar Wallace mysteries Bott­cher had already created film music history, but he also had contributed to the medium of television with his music for thrillers such as "Stahlnetz" and "Das Kriminalmuseum".

Just by listening to the main title it becomes clear that Bottcher was the perfect choice as composer for "Sonderdezernat K1"! He realizes a "groove monster" laced with layered effects which catapults the characteristic 1970s Bottcher sound with great energy. Driven by a dynamic rhythm section it develops into a tense amalgam of keyboards, strings, horns, harmonica and vocals, culminating with the ethereal voice of soprano Rosi Rohr, the head of the legendary Rosy Singers, who can be heard in many of Boucher's other recordings.This main theme was recorded in a variety of instrumental versions throughout the series but in the main title it is heard in its highest perfection. To this very day it is one of the best and most popular melodies of German TV. It has always played a special role in the composer's catalog; in the mid 90s manufacturer Hilcona has used a spe­cial arrangement of this melody in their television commercial spots.

With the increasing popularity of the series record companies became increasingly aware of Bottcher's "Sonderdezernat K1" music. Labels Telefunken and Ariola released singles which contained, in addition to the main theme, various melodies from specific episodes. In 1979 an album with 12 themes from the series was finally released: "Mord im Dreiviertel-Takt" (Telefunken6.23971 AS). However it did not contain the original versions as the music was rerecorded and extended to fit to the layout of this album. For some cues the differences were only marginal, but for others Bottcher's arrangements were changed considerably. Satisfyingly the original versions of these cues are preserved for the first time on this CD.