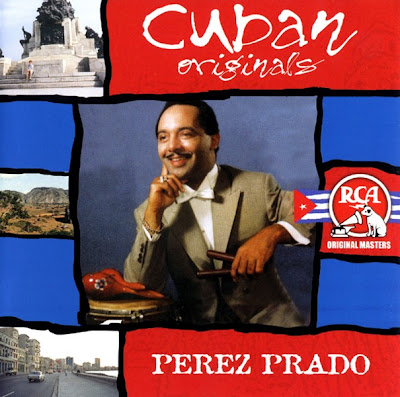 Pérez Prado may not have invented the mambo, but he invented the style of mambo most people remember. The Cuban-born Prado had his first success developing his high-octane variation on the son montuno in Mexico in 1949. His angular arrangements with chugging rhythms were too radical for the Cuban recording establishment, but not for the Mexican film industry. Prado became the musical director sought by leading producers, and his soundtracks attracted deserved attention back home--leading to a fruitful collaboration with vocalist Beny Moré. Many of the songs here bear the stamp of Prado's cinematic sweep, like "Sabor a Mi," where a picaresque muted trumpet scales peaks of throbbing brass, or the bombastic annunciation of "Besame Mucho." Because he was so ambitiously modernist, his oeuvre still sounds fresh today. A lightning-bug version of "Flight of the Bumblebee" casts off impressive solos with the nonchalance of a clown juggling while turning cartwheels. Gaudy and irresistible, these instrumentals--including two of Prado's earliest mambos--cross-pollinate swing era big band music and Afro-Cuban rhythms with the delicacy of a cymbal crash. Extra bonus: two songs prefiguring Prado's No. 1 American hit "Cherry Pink and Apple Blossom White."