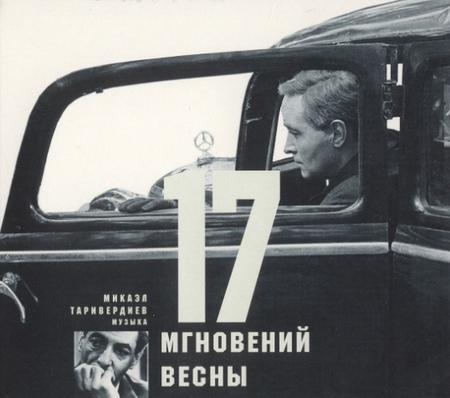 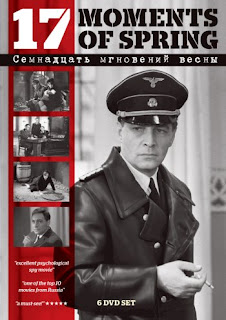 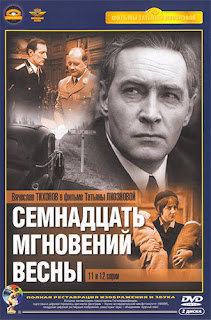 Seventeen Moments of Spring (Russian: Семнадцать мгновений весны, trans. Semnadtsat mgnoveniy vesny) is a 1973 Soviet twelve-part television miniseries, directed by Tatyana Lioznova and based on the novel of the same title by Yulian Semyonov. The series portrays the exploits of Maxim Isaev, a Soviet spy operating in Nazi Germany under the name Max Otto von Stierlitz, depicted by Vyacheslav Tikhonov. Stierlitz is tasked with disrupting the negotiations between Karl Wolff and Allen Dulles taking place in Switzerland, aimed at forging a separate peace between Germany and the Western Allies. The series is considered the most successful Soviet espionage thriller ever made, and as one of the most popular television series in Russian history.

Music
Mikael Tariverdiev, the head of the Composers Guild in the Soviet Cinematographers' Association, had at first refused to write the series' score, but changed his mind after reading the script. He authored lyrics for ten different songs to be featured in the soundtrack; since it was later decided to base it mainly on instrumental music, only two of those were included in the final version - Somewhere Far Away and Moments. The first singer invited to vocalize them was Vadim Mulerman, but he was blacklisted and banned from performing in public in 1971, after including a Yiddish song in his repertoire, a move that was frowned upon by the authorities in the wake of the Six Day War. After Mulerman's disqualification, Muslim Magomayev was considered for the role and recorded his own version of the text; however, the producers decided that his voice was not suited for the atmosphere of series' plot, and chose Joseph Kobzon. Although he was allowed to perform the songs, the latter was also subject to the establishment's anti-Jewish campaign; therefore, he was not mentioned in the credits. In spite of this, Kobzon subsequently met great acclaim for singing the series' score.

Two in a cafe