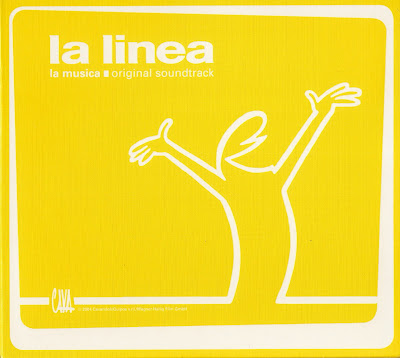 All those old enough to watch TV in the 1970s should be familiar with that big-nosed cartoon character drawn as a single outline around his silhouette, walking on an infinite line of which he is a part: LA LINEA (also called Lui). Along with his distinctive outline, another unique feature of this popular character was the fact that he - to put it mildly - did not hold back his opinions, ranting, griping, sneering and gloating to his heart's content. La Linea's creator was the Italian cartoonist, Osvaldo Cavandoli, who recalls that he had the inspiration to "reduce everything to one line and express everything I wanted to say with this line" whilst tidying up his desk. Starting in 1972, around 100 episodes were broadcast in 40 countries. La Linea was Cavandoli's greatest success. He received a number of awards for his animations and was made a freeman of the city of Milan. Osvaldo Cavandoli died in 2007 at the age of 87.

An important feature of La Linea's success was the unique voice of the little hothead, who spoke, or rather ranted, in a fantasy language, which occasionally sounded like Italian, but was understood all over the world. His gibberish was not, as has been claimed, processed in any way but recorded by the great Italian voice actor Carlo Bonomi. Totally without technical aids, using nothing but his unusually multi-faceted voice and versatility, he made Mr. Linea's legendary temperamental outbursts audible. But these little cartoons were also supported by wonderful music, composed by a number of advertising jingle specialists, initially mainly by Franco Godi, later mostly by Corrado Tringali: wonderfully cheerful, swinging easy-listening gems, occasionally with hints of Latin music, which upon careful listening reveal that they were created not only as background music. BUREAU B have released the music from all episodes on CD, supported by two modern remixes. To liven up the CD further, the ever-popular Mr. Linea pipes up occasionally with a spiteful laugh or throws a little fit of rage.